Is Christianity a Religion

“Christianity is not a religion; it’s a relationship.” We’ve all heard it before. However, how many of us have bothered to evaluate this ubiquitous saying?

There is a common mantra that has been around for a while, but which seems to be picking up steam. It goes like this: “Christianity is not a religion; it’s a relationship.” We’ve all heard it before. However, how many of us have bothered to evaluate this ubiquitous saying? I believe we must do just that. We must evaluate this mantra and the syllogism by which it is frequently accompanied:

I believe this syllogism is not only invalid but patently false. If for no other reason, this syllogism must be rejected on the grounds that it contains at least one false premise. Religion is much more than man’s attempt to reach God. And Christianity is indeed a religion. Moreover, I believe it is dangerous –even foolish— to argue otherwise. The argument that Christianity is not a religion has many inherent problems. Most importantly, this line of reasoning is at odds with the English language, the history of the church, and good old common sense.

At Odds With the English Language

The first problem with the argument that Christianity is not a religion is the fact that it is a linguistic/grammatical fallacy. This, in turn, exposes an unavoidable logical fallacy in what is ultimately a question-begging argument. In order for the statement –Christianity is not a religion— to be true, one has to assume a certain definition of the word religion that does not exist (i.e., “religion is man’s attempt to reach God”). The Encarta World English Dictionary defines religion as:

1. Religion, in its most comprehensive sense, includes a belief in the being and perfections of God, in the revelation of his will to man, in man's obligation to obey his commands, in a state of reward and punishment, and in man's accountableness to God; and also true godliness or piety of life, with the practice of all moral duties. It therefore comprehends theology, as a system of doctrines or principles, as well as practical piety; for the practice of moral duties without a belief in a divine lawgiver, and without reference to his will or commands, is not religion.

2. Religion, as distinct from theology, is godliness or real piety in practice, consisting in the performance of all known duties to God and our fellow men, in obedience to divine command, or from love to God and his law. James 1.

3. Religion, as distinct from virtue, or morality, consists in the performance of the duties we owe directly to God, from a principle of obedience to his will. Hence we often speak of religion and virtue, as different branches of one system, or the duties of the first and second tables of the law.

Note that Webster’s second definition has a reference attached. That reference (James chapter 1) says as much about the nature of early America as it does about early American English. Far from being presented as something at odds with biblical Christianity, the James 1 reference alludes to the fact that religion is the means by which true followers of Christ accomplish things like bridling the tongue, ministering to orphans, and escaping defilement by the world. James writes:

“If anyone thinks he is religious and does not bridle his tongue but deceives his heart, this person’s religion is worthless. Religion that is pure and undefiled before God, and the Father, is this: to visit orphans and widows in their affliction, and to keep oneself unstained from the world.” (James 1:26-27 ESV)

In case you were wondering whether or not the word ‘religion’ is an appropriate rendering of the Greek text, the ESV is not alone in translating qrhskei√a as ‘religion’ in James 1 (see also Acts 26:5; Col 2:18). NASB, KJV, HCSV, NJB, ASV, NLT, NET, NIV, Darby, Young, the Geneva Bible, etc., all translate the word the same. Thus, while the Bible does make a distinction between true and false religion, it does not teach that religion is something antithetical to biblical Christianity. Nor does the word mean, ‘Man’s attempt to reach God.’

At Odds With the History of the Church

Not only is the contemporary attitude toward religion at odds with the English language, it also stands at odds with the history of Christianity. Throughout the history of the church, Christianity has not only been viewed as a religion; it has been considered the only true religion. One cannot read Christian literature from any period prior to our own without encountering the routine use of the word religion in reference to the Christian faith. Whether it is Jonathan Edward’s Religious Affections, or Calvin’s Institutes of the Christian Religion, or Whitefield’s sermon, The Great Duty of Family Religion, the consensus in historic Christian literature is evident.

The Augsburg Confession (1530) lists as one of its main purposes, “that… one pure and true religion may be embraced and maintained by us.” Article 30 of the Belgic Confession (1561) stresses the importance of deacons and elders in order “that by these means true religion may be preserved.” The Westminster Confession (1646) in its statement on the New Testament states that “in all controversies of religion, the Church is finally to appeal unto [the Scriptures].” The framers of the London Baptist Confession (1689) echoed this sentiment when they identified one of their goals in writing their confession of faith as, “to manifest our consent… in all the fundamental articles of the Christian Religion.” Surely those who argue that Christianity is not a religion are not willing to follow their line of reasoning through to its logical conclusion and condemn the aforementioned brothers.

Not only has the church always understood Christianity to be a religion, the culture at large has agreed. Albert Einstein said, “Science without religion is lame; religion without science is blind.” The First Amendment of the United States Constitution assures us the freedom of religion. Article XXXVIII of the Constitution of South Carolina (1778) boldly and clearly stated, “The Christian Protestant religion shall be deemed, and is hereby constituted and declared to be, the established religion of this State.” History is definitely not on the side of those wishing to shed ‘religion’ in favor of relationship.

At Odds With Common Sense

In addition to being at odds with the English language, and the history of the Church, those who argue against referring to Christianity as a religion are at odds with common sense. For instance, what would these Christians say if modern academia took their mantra to heart and removed Christianity from World Religion texts? What if departments of religion around the country suddenly got rid of all their Christian professors in an acknowledgment of the fact that Christianity was no longer a religion? What if the United States Armed Forces removed all Christian chaplains, and the First Amendment to the United States Constitution was no longer applied to Christianity? Would those who refer to Christianity as a relationship and not a religion be pleased with any or all of these developments? I should think not.

Christianity is definitely a religion. Furthermore, it is the one true religion. It is the religion of religions. I have absolutely no apprehension about the term. I do, however, have tremendous apprehension about the tendency to adopt unbiblical language in an effort to ‘relate’ to the culture. I challenge anyone to find the idea of a “personal relationship with Christ” in the New Testament. Certainly, we are related to Christ by way of our new birth and adoption (Rom 8:15, 23; 9:4; Gal 4:5; Eph 1:5). However, this is a far cry from the often egocentric, narcissistic use of the phrase, ‘personal relationship’ with Christ.

Of course, there is also the danger of becoming irreligious. I have always found it ironic that people recoil from the idea of religion, but continue to tell new believers to be baptized, go to church, take the Lord’s Supper, read their Bibles regularly, witness, and do a whole host of other “religious” activities. However, lately, there has been a movement away from such religious activities. If Christianity is all about my ‘personal relationship’ with Jesus, then why do I need to go to church? Why do I need to read my Bible? I can just wait ‘till my buddy, Jesus “tells me” what to do next. Who needs all that ‘religious’ stuff?

I understand what people are trying to say when they eschew the term religion. The goal is to assure skeptics that we are not offering dead ritual and empty tradition. The goal is to paint a picture of a vibrant life with our Lord, Jesus Christ. I get that. However, I do not believe that it is wise, or necessary to commit logical fallacies, and make trite, nonsensical arguments in order to do so. Arguing that Christianity is not a religion is like arguing that America is not a country. I believe honest, thinking people laugh when they hear some Christian trying to be hip and relevant by saying something as asinine and illogical as “I’m not talking about religion... I’m talking about a relationship.” Enough already with the play on words. It’s not our job to make Christianity cool. We just need to make it clear. Unfortunately, since this “Christianity is not a religion” business is out of step with the English language, the history of the Church, and common sense, it compromises the clarity and the integrity of our message. I praise God for the fact that we have a religion and a relationship. 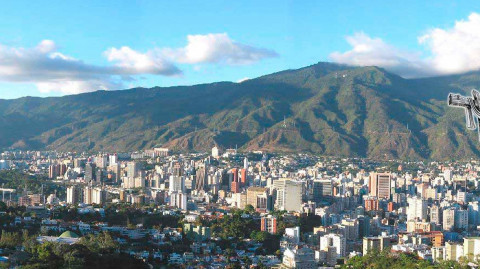 The Venezuelan Church's Response to the Kindness of the Saints 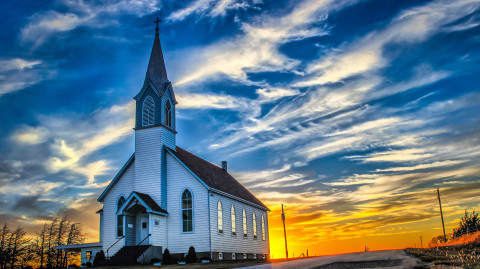 Regarding Our Worship Next Lord's Day