The High Place of Moral Culpability

The High Place of Moral Culpability

5 He trusted in the Lord, the God of Israel, so that there was none like him among all the kings of Judah after him, nor among those who were before him.

Four kings over Judah prior to Hezekiah did what was right in the eyes of the Lord: Johoash, Amaziah, Azariah, and Jotham. However, the writer states that each of the kings did not remove the high places.

Why didn't they remove the high places?

Perhaps they were blind to the sinfulness of the high places. These kings were a part of this culture, and they likewise imbibed the errors of the culture. Cultural blindness is a reality for all people in all cultures.

Or, perhaps they didn't believe the removal of the high places was something they could realistically accomplish. There would be a political cost to the kings if they attempted to remove the high places.

Christians must be aware and always perceptive of the high places within our culture and within our churches.

The current high place that I see within the pro-life/abolitionist debate is the unwavering pro-life position put forward by leaders who say: "Women can never be held accountable for having an abortion."

This is a position that is demeaning to women:

This is an untenable position that is grounded on a faulty foundation.

Thomas Sowell spoke of "the soft bigotry of low expectations".

Your expectations of others are evidence of your respect for their person.

We've had many talks over recent years regarding the importance of respecting women; this position is a reversal. Low expectations speak contrary to equality and respect.

As the father of three daughters, I take great offense to the idea that women need to be viewed as a class of victims. We intentionally raise our daughters to eschew the victim mindset. The victim mindset is inherently debilitating.

Such a position places all women in the category of the cognitively incompetent or mentally insane: reasons for which charges can be dropped in the case of murder.

The pro-life leaders don't believe it, but this is how they behave. And there is great grandstanding and self-righteous pontification within the rhetoric.

With all the talk about respecting women, there is little evidence of it in such a myopic view.

Women must be treated with respect and appreciation. They are made in the image of God.

You have therefore contradicted your own beliefs about women.  You are claiming that women should never be held liable for their actions in the murder of their child when you are aware that women are moral beings made in the image of God, who have equal standing before God.

Women are not morally, intellectually, or emotionally deficient to men. They should not be treated as such legally.

I have a long history of learning such things from women. The chief has been my wife, who has often come to a godly understanding of positions long before I have myself.

Anyone who has spent any time working in front of an abortion clinic knows that the vast majority of the women going in there know exactly what they are doing.

Even those who serve in pregnancy centers are seeing this evidence.

Abby Johnson made such a plea in a recent tweet:

Sadly, this is how it ended:

I believe there's much thought and consideration that can be made when something legal for 50 years is suddenly made illegal. Indeed, they are going to be confused people. Two generations within this country have been raised under abortion being legal..

But they need instruction. And laws are one of the ways that a culture instructs.

However, the pro-life position of never allowing any prosecution for a woman is offensive to women who are made in the image of God. It contradicts the law of God and rejects that which is evident before us.

Denny Burk had no words for the following tweet:

The question of what penalties would be appropriatefor taking your child's life in an abortion is undoubtedly something that needs to be debated and discussed. However, this is in a completely different category from whether or not women should ever face criminal prosecution for taking their child's life.

Is Jo Luehmann, therefore, not morally responsible if she takes such an action? Would you argue that she is merely a victim when she takes the life of her child in this situation?

Denny Burk knows she is morally responsible, which is the basis for his tweet.

However, Denny Burk is inconsistent in his application of moral responsibility:

I believe that those promoting this idea do not think that all women who have abortions are victims. I don't believe they consider women to be somehow inferior and not to be held accountable for their actions.

Instead, I believe that this is an easier position to hold culturally and politically. It is a calculated position, and one in which you are saying, "We are more likely to get this law passed by holding this position than we are by holding to one that is more biblically consistent."

This easier path neglects the opportunity to instruct, and contradicts what you know to be true: the imago Dei, which is within women.

Christianity is not always a neat and civilized religion when you live in a culture at enmity with God. We must be willing to stand upon the law of God regardless of who else stands.

Is the woman morally responsible or not? If she is responsible, then we should recognize this with our laws; if she's not, then you have no basis for correcting her.

You are undermining your opportunity to instruct. If she is merely a victim, then she is in the category of those who had no choice in their actions.

Furthermore, the most dangerous consequence of the pro-life position that never allows any woman at any point to face criminal prosecution for taking the life of a child is the overwhelming growth of the do-it-yourself abortion movement.

The pro-abortion movement has been working in this direction of creating services in the future that will allow women to take the life of a child in the comfort of a sauna. There will be no abortionists. There will be no party to charge since the culture declares the woman a victim even though she is walking into a sauna and intentionally taking her child's life.

Women who are seeking out and engaging in abortions are not overwelmingly victims.

Anyone who has spent any time in front of an abortion clinic is well aware of this reality. Women walking into abortion clinics are aware that they have life in their womb, but believe they have special rights over that life. They think they have the right to take the life of their child.

Just three weeks ago, I talked with a woman in front of a clinic. She began to dance around and declare that she had a right to kill this child and that God would forgive her.  Other women and men in the parking lot began to cheer her on as she danced into the clinic.

The refusal on our part to rightly declare moral culpability leads to an inconsistent understanding of redemption and forgiveness. What are we saying when we teach a mother who takes her child's life that she isn't morally culpable. Is that the view of the Lord?

Does the Lord take such a view?

Each of you knows that is not the case. The Bible says that no murderer will enter heaven. The Lord doesn't look the other way regarding murder. And our law should rightly reflect the Lord's view on murder.

We do a disservice to women who have abortions by telling them they are not morally culpable:

If the abortion is the sin of murder, then she will be held morally culpable by the Lord.  It’s crucial that she knows this.  We must see our sin, if we are to receive the grace of God.  Instruction to the contrary is spiritually debilitating.

Dear friends, we need not seek to be pragmatic on this issue.  There is no basis either in natural or Biblical law to teach a woman that she isn’t morally culpable for taking the life of her child.  And since this is true, we have no basis for establishing such laws that instruct the culture in these errors.

Tear down these high places that deny moral culpability of the mother in abortion.

Aaron is a husband, father, pastor, and teacher. He is married to Janice, and they have five children. Pastor Aaron graduated from Leavell College at New Orleans Baptist Theological Seminary with a Bachelor’s degree in Christian Ministry with an emphasis in Biblical Studies. Additionally, he has a Bachelor’s degree Bachelor’s in Communication from the University of Houston Clear Lake and a Master’s in Education from the University of Texas Arlington. Currently, he is a student at the Covenant Baptist Theological Seminary. Aaron has worked as a school teacher for the past twelve years. Aaron enjoys doing Taekwondo with his family, being outdoors, woodworking, and currently serves on the LifeLine Pregnancy Care Center board. 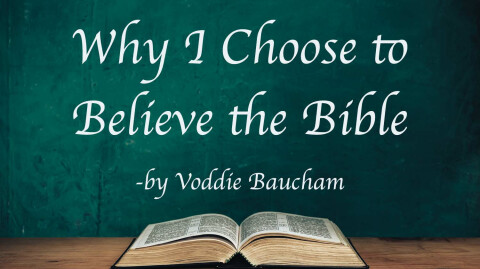 Why I Choose to Believe the Bible 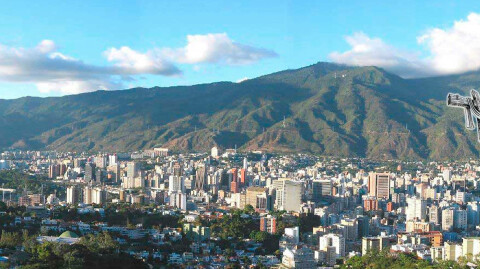